Manikarnika: The Queen of Jhansi vs. Padmavati

In January 2019, you will meet with Manikarnika: The Queen of Jhansi, a movie that depicts the real story of Rani Laxmibai of Jhansi. 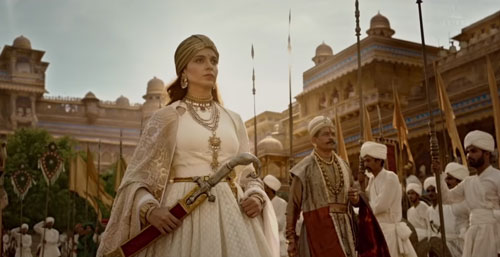 Interestingly, there is another movie about Indian queen named Padmavati, which made a great success in 2018. Can Manikarnika achieve success like Padmavati? Let’s analysis the movie’s details.

Padmavati movie is focused on love story that happened to Queen Padmavati. Manikarnika is not totally about love, it is a biographical film that is based on Rani Laxmibai’s life and her war against the British East India Company.

The queen dressed as a man to fight for her country. From the picture, we guess that Manikarnika won’t be romantic like Padmavati does.

Kangana Ranaut plays the roles as the main character and co-director in the film. As one of the highest-paid actresses in India and received several awards, Kangana Ranaut may attract people to watch Manikarnika: The Queen of Jhansi.

Here are major stars in this movie:

The budget of Manikarnika: The Queen of Jhansi is far less than Padmavati’s INR 2,150,000,000 budget. But from the trailer we know its composition is fine and the film has the possibility of surpassing Padmavati.

If you are interested in the movie, you can watch it in cinema after it’s released, or download it via InsTube for watching at home.